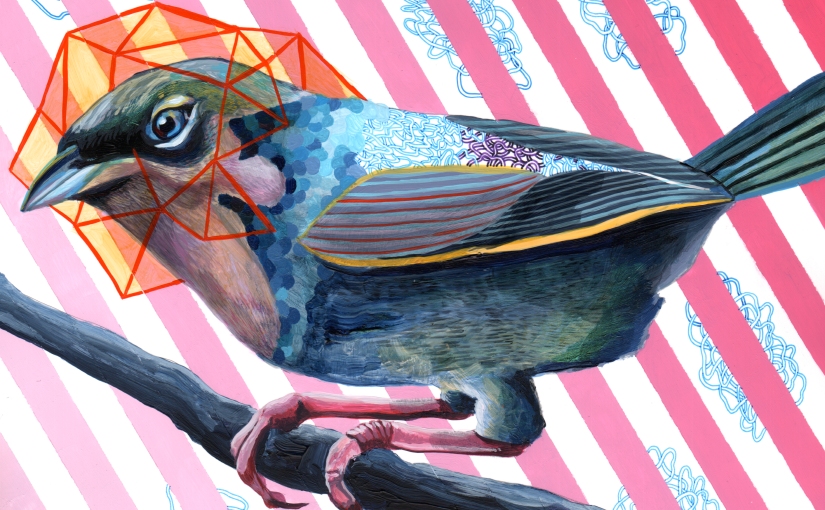 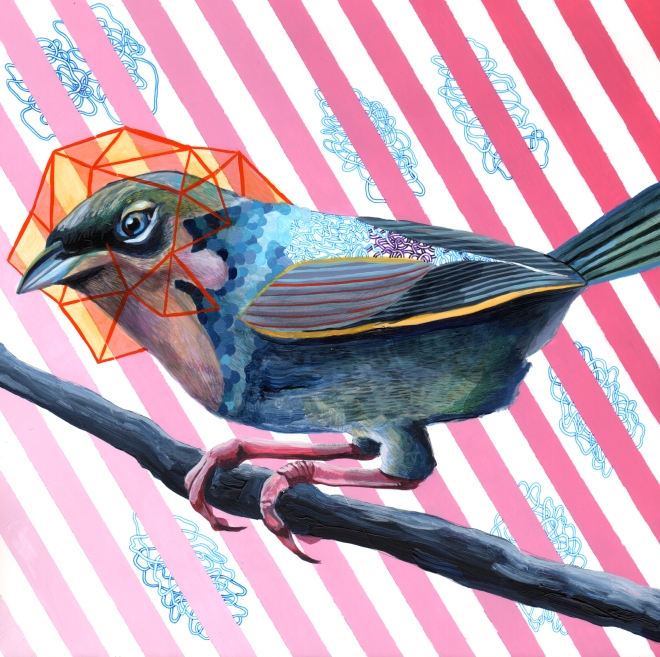 Brother Bird alights on the silver birch, branches siphoned off from the moons with the frazzle of leaves. Golden leaves that lace the night, and the crinkly coins of the newcomers seem mawkish compared to these yellow hands coursing with veins and sugars. They wave incomprehensible at the new hands, which are different, all white and papery, pockmarked and brine-stained after a journey in a strained wooden frame. These hands are weaving into the woods uncouth and unwanted, gesticulating with the urgency of papers that make crisp noises as they fall into neat stacks on a knotted wood desk. They are dizzying themselves amongst these leaves that are falling from the birch. They are blanketing the grounds in smooth white words all flat and stark. The leaves are browning and returning to the earth. Winter is setting in.

Brother Bird thinks the spindly limbs of the trees seem ethereal from way up in the vapour. The white sheets with marks blackened by some unfortunate quill feather read like an ambiguous pattern. And the voices, which nest among the trees, seem strangely silent. Brother Bird thinks he sees tracts of smoke creeping westward from the shores, though the gales of wind are moistening his eyes and humming auspicious in his ears. The season of snow is bound to pass, says Brother Bird, giddily to himself. The air is brusque and flapping papers up, loose from their death grip on the grounds. They dissolve within the frail wisps of sunlight hitting Brother Bird’s head.

Centuries passed and the smithy whiteness blew through the trees, prying the bark back with all the soft power of snowflakes. Sap soldered with this milky presence, which poured all its white ink into etching the soft underbelly of the trees. There are new names now and the first peoples are dogs that bark. Or stoic like the trees, so the papers say. Then a white paper descends from some federal courier and is acclaimed for its difference. This paper ought to be peopled with leaves from when the first storm blew through. Pulling the pressed leaves out of dusty yellowed spines of books and planting seeds in the margins. But the paper that is published offends like blots of lead, or clammy hands in a handshake. White hot rage settles and Brother Bird swallows another bitter seed.

this short story, “White Paper, was written by Keah Hansen

from the author: “I wrote this piece about the White Paper Act of the Trudeau government of 1969. I was inspired by different modalities of expression, represented in the layering of the artwork. The layering of the artwork also made me think of erasure and censorship, which occurs when cultural worlds clash, and the irony in a paper literally titled the ‘White Paper’ that was intended to give representation to Indigenous peoples.”