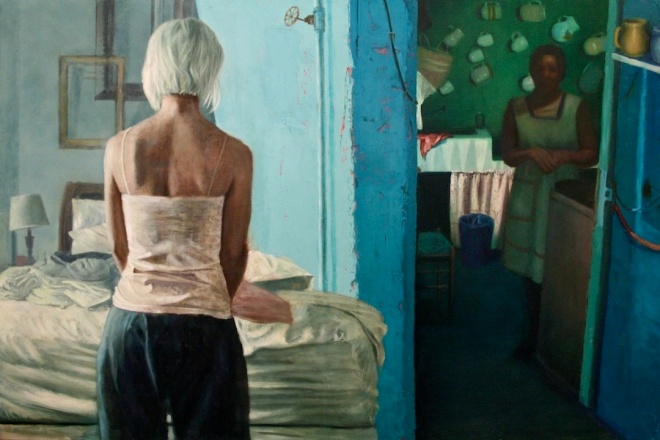 It all began as a game of chess;
history always repeats itself.
We were all hoping for the same mess to be gone.
It’s no mystery that we are being tamed and depressed,
obsessed with the disbeliefs of becoming kings and queens.

Yet reality is so keen on having other plans for us to string together.
As seen before, we are another set of oppressed pawns
stuck with the beliefs of hearing a lord’s call.
Words are left unspoken as we have lost our will to sing;
vocal cords are suppressed as the hours continue to crawl.
This world is the rich man’s board,
with the poor men drawn and stressed against their choices.

Even after falling down the herd’s still willing to take back their voices,
to fill up the void caused by the reign’s vices,
as they believe it’ll only bring hope to the birds with broken wings.

these words by Stephan Enasni Sunz were inspired by the work of Nicolas V. Sanchez 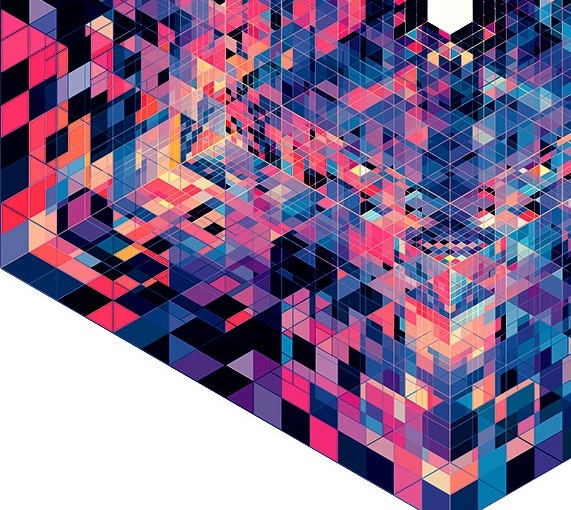 The police officer is circulating the metro station. Escalator teeth sink into tiles, reminding you of waves, disappearing in the floor. Your feeling is that, as the metal step dissolves, it is gone, like the wave. The police officer is sitting beside you. Plastic boxes for the fluorescent lights, above, hold dirt, and bugs, and you only notice it for the first time, now, bored enough to examine the details of the station. The police officer is sharing your view. For better or worse the dirt of these lights and the teeth of this escalator are part of the cities’ landscape, and we notice them as much as the country kid notices squirrels in branches. One step is one step – one wave is one wave… It’s more beneficial to have a thousand individuals walking around a metro station than a thousand people who know each other, who can empathize and learn from each other – individuals need to Find Their Selves in products or political movements, vote for us, we aren’t those old bastards, you’re a rebel if you buy this thing – you will end up with this white woman, and look at these jets bro! The police officer is asking you a question. You answer: Waiting. Another stair sinks into the tile. The impression is that the wave is separate from the ocean: It is never that the ocean is touching the beach- slapping it, really. Life is always one piece splitting away, independent. The police officer is asking you another question. When you entered the metro you paid for your individual ticket and placed it in the turnstile. The machine clicked after you pushed the metal bar so that the person behind you knew this stranger had passed through and it was their turn to enter. It’s easier to control a shape if you tell each electron they are the most important, you can be a nucleus someday if you work hard enough, don’t mind all those others – you have nothing in common. The police officer is circulating the metro station. The same piece of gum keeps on coming up on this same stair.