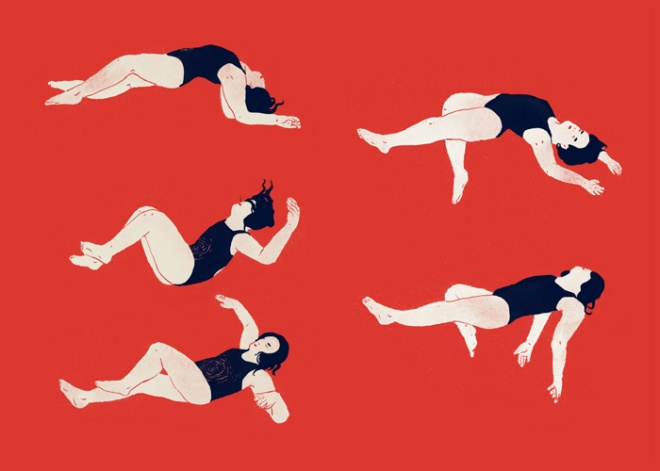 When I was younger, my father was always telling me to try. Part of me wonders if I was born a quitter, for him having to say it as much as he did. And I regret that it was the last word he ever spoke to me, reaching through the helplessly jarred door, pleading me to find a way to the upper deck, to a lifeboat; not to give up. To get into the water and swim, survive, try. I let go of his hand when the sea was at his chin, and, my eyes bleary with tears, I climbed, up to the black sea, which was churning and roiling and flashing with blinding strobes of light. The lifeboat was tangled in rigging that had snapped and couldn’t be lowered. So people were leaping into the ocean. I had put on my swimsuit at the first alarm, so only had to remove an oversized shirt before grabbing the cold rails and hoisting myself over the side. The jolting shock of the water. The dark silence beneath the surface. Clawing through the swirling brine to punch above. Gasping at the air being sifted through the sheets of rain. And already, just seeing the black hills of water around me, as I climbed and descended the impossible swells simply by treading water, I wanted to give up. Yet I swore to him I wouldn’t. So I tried, to swim, crawling forward, taking in salty water twice, coughing, crying. I found the best I could do was to keep my head above, swimming on my back, from nowhere to nowhere. Just keeping afloat. My muscles red with panic. Windmilling my arms, kicking as if trying to shake off some wild animal clutching at my feet. Swimming for my life, for my father, who was still sinking to the bottom of his saltwater grave. Trying. For both of us. Trying.