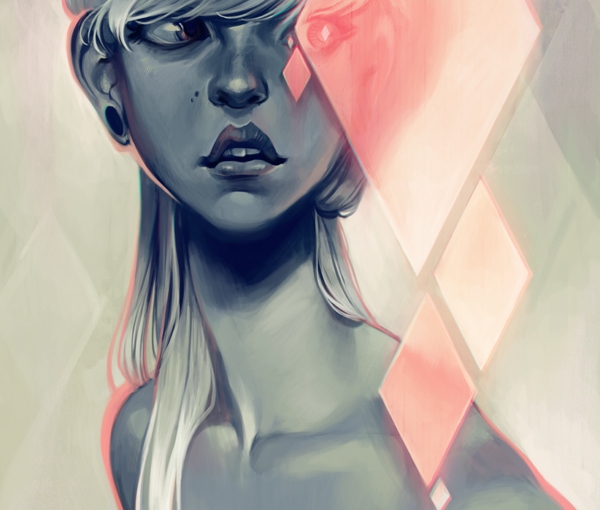 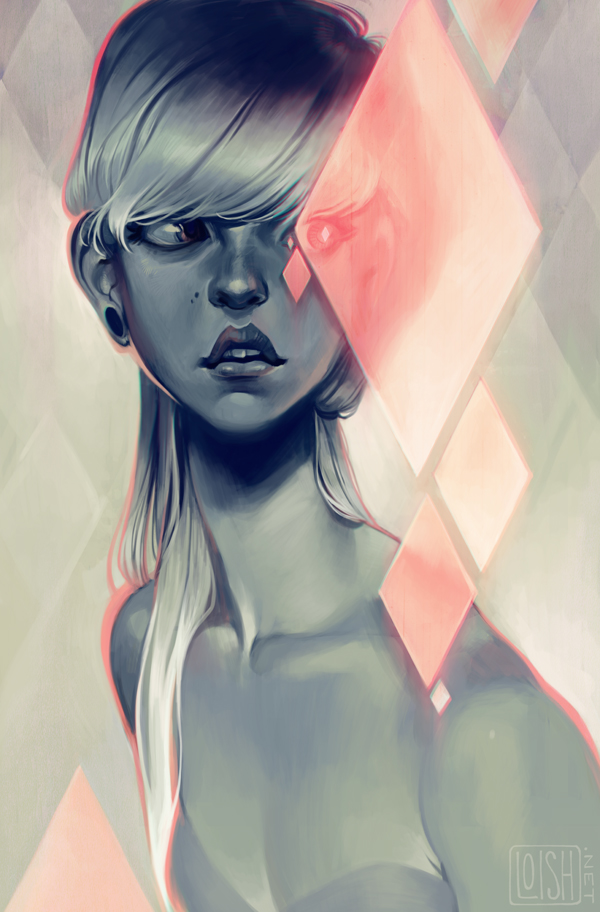 She had a horrible boss. He had, always, a harvest of spittle at the corners of his mouth, and it seemed to her that every particularly horrible man that she’d met in her life had coffee breath and this same sea foam at the edges of his lips. In addition to this chronic hygienic condition, this boss had ghost hands, which was worse even than the spittle. All day, she could feel his ghost hands on the back of her neck and the small of her back and, when she unthinkingly left them untucked from her desk, her kneecaps. As he caressed her invisibly, the boss would sit, legs spread, on the corner of her desk, instructing her condescendingly on how she could advance her career to reach the status that he had achieved, or else telling her about the many gifts he bought his wife. “Swarovski crystals,” he would say, as he ran his disembodied digits over her skin. “Tiffany bracelets. Trips to Hawaii, without the kids.”

She didn’t shudder and she didn’t say anything because she didn’t think HR would know how to deal with her boss projecting his phantom hands into her clothing.

On the day she quit her job, she got dressed and went to work as usual. The boss had fire in his eyes that day, because he’d heard a rumour that one of his rivals was going to be promoted. On her first fifteen minute break of the day, she went out and bought a scone with cream and strawberries on top, which she ate on the way back to her desk.

Going back to her daily tasks, she felt that one of the strawberries had fallen down her shirt and was sitting between her breasts, wet and heavy. She tried to look down her collar to see it, but her shirt was tightly buttoned and she couldn’t see anything at all. She continued to feel it, grainy and soft, as she went about her work. She plotted to go to the washroom as soon as she could. But when she got up to go, the boss blocked her way. He stood in her path, fat hands on wide hips, and started to say, “In business, keep your friends closer and your enemies closer,” and stopped, his spit spilling out, gurgling. She could see, in the soft cavity of his mouth, that his tongue was missing. She stopped and gasped as the strawberry in her bra worked its way down to her belly button.

“I think you have something of mine, sweetheart,” the boss said as he took a step closer, and she gagged as if it were her tongue that had gone wandering, and then the boss thundered, “my pen, where’s my pen,” and she ran out of the office, which she was never to see or hear from again save for a last cheque unceremoniously deposited in her account a week later. On the way home, she shook from relief at the feeling of having nothing but her own body in her shirt.