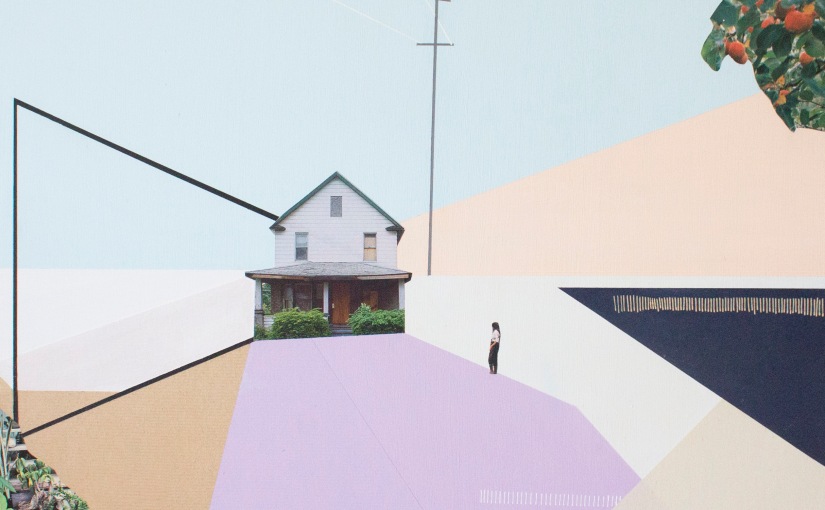 A house is not the same twice. Even if I stare long and hard and try not to blink and let the breeze distract, the house changes right in front of me. That was and was not my room. That was and was not the crooked porch roof. Was that wall always that short? It’s not the way I remember it and can’t be. How dare the house change? How dare it bend time and space? A person can’t be prepared to expect that. It used to be simple to start at the mouth of a neighbourhood and make your way to the belly. When you’ve been gone from a neighbourhood for twenty years, and you make your way back to that neighbourhood, that neighbourhood tries to throw you up.

Some neighbour I don’t recognize gives me a dirty look from two doors down, watching me to see what I’ll do. She’s tired of watching kids break through the plywood planks, carrying spray cans in their backpacks; when she calls them out they laugh at her wrinkled face and toss rocks at her Oldsmobile. You can’t blame a woman like that for being suspicious. I don’t half believe I’m standing here myself. Down the road, kids play ball hockey, treading new marks into freshly seeded grass, thrashing their sticks against the concrete curbside, taking chips out of something that always kidded me into seeming permanent. It would always be the same street and the same sun and the same gardens and trees, but at some point it stopped being the same. Now it stands here like a forgetful elderly relative, politely asking for a reminder, some flicker of a memory I can lay before it to make the house say, “Yes, I am the house you remember; you have all my love, you always have and always will.”

You don’t grow in a house. The house shrinks around you, becoming too small for your body until you have to escape through a front window before it splinters and cracks from clenching at your waist. Mostly they don’t bother to knock houses down. Curious. They stay standing and you keep growing and before you know it everything is in bits and pieces. This house is a standing nightmare. I wish I had the guts to step inside and reclaim that bedroom that was and was not mine. I’d yank the plywood out of the window and stay looking out at the streets until the sun went down, and the kids playing ball hockey were called in to eat, and the falling sun spread rays through the branches of the trees that have also changed, and the woman eyeing me suspiciously called the police on me.

If I’d been dragged out of here by force twenty years ago, that might have killed the urge to come back. I wouldn’t be standing in front of this house, watching it change, feeling myself shrink, feeling digested.