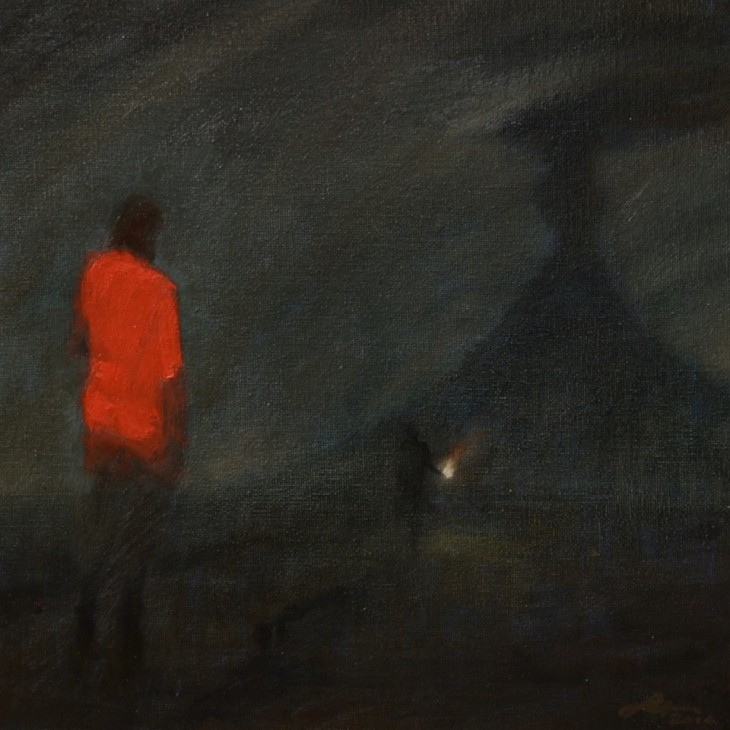 The last thing I saw — Mother, torch in hand, racing back home at the skirts of the volcano.

The sky was dark and grey—an impenetrable shade of grey, darker than night yet cruel enough to let you see as if through a veil, fight for breath, scampering for your life.

I watched her leave me. Begged her to stop, to run away with me. The gods had made the earth tremble. Made the volcano spit out its burning-hot entrails. We’d been trained to read the signals in the sky and below our feet; we’d been taught to fear the gods’ wrath—to be ready.

Nothing prepared us for what happened.

It had all started many moons before, I was a child, yet I remember. When they arrived—foreigners with tall, four-legged beasts, wearing clothes stronger than obsidian knives and bones—we took them in. We admired their skin, rosy as a seashell, their hair like threads of gold, and the weapons they called “swords,” which we had never seen before.

You cannot carve anything that long out of stone.

We thought they’d been sent by the Feathered Snake, Quetzalcóatl, our long-lost god who promised to return bringing blessings.

They brought sickness and pain; the urge to take away, to dispossess. Forced us to give up our land, our freedom, and our beliefs.

It was too late when we discovered they were not gods, because our gods had appreciated the gift of fresh beating hearts. Our gods had given us rain and sunshine; crops grew and we were satisfied. But, those creatures had skin that blistered up and turned red and vulnerable under our sun; they pushed us to the ground, took our bodies, and then despised us; they were thieves who dug holes in our land and took everything precious, offering nothing in return.

We were not absolved.

Smoke opened an endless night as the earth trembled. As I saw her leave me, torch in hand. Me and my red dress—made in advance to mark our victory—were left alone. Alone, and drowning in the dust of loss.