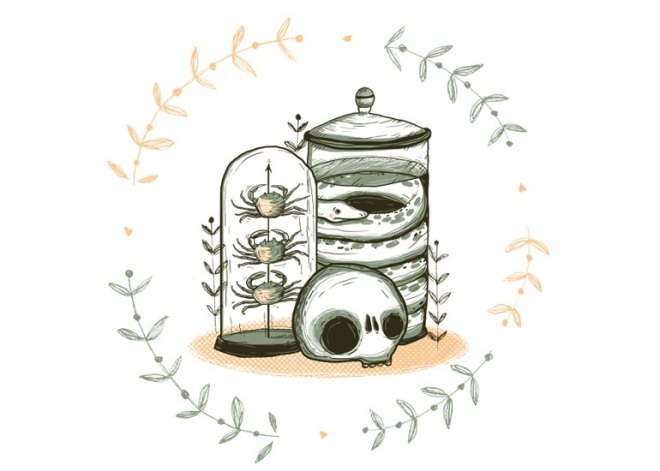 This piece of satire shared the art of Frau Isa and the fiction of L. L. As a piece of satire, it was intended to criticize the desire to romanticize the past, and to demonstrate how human beings become frustrated when they feel that they do not understand something. We believe that the generational divide is the classic example of this frustration and romanticization, where the old criticize the young for acting differently: Frustration is taken out against new trends that they do not understand, as they romanticize how things used to be, believing that the way they acted at that younger age had different motives. These older individuals, or, ‘haters,’ as say the Millenials, deserve credit because they are acting out of a place of frustration, as human beings do, and are not inventing the tendency to romanticize the past. We used satire as a tool to bring light to these extreme criticisms of the Millenial generation- typically those born after 1980. We believe that, by examining the roots of why we hate, it will help us to provide help and move forward, together, instead of picking fights against individuals. We need to give people more credit, regardless of age- Baby Boomers and Millenials included.

3 thoughts on “Fuck the Millenials”