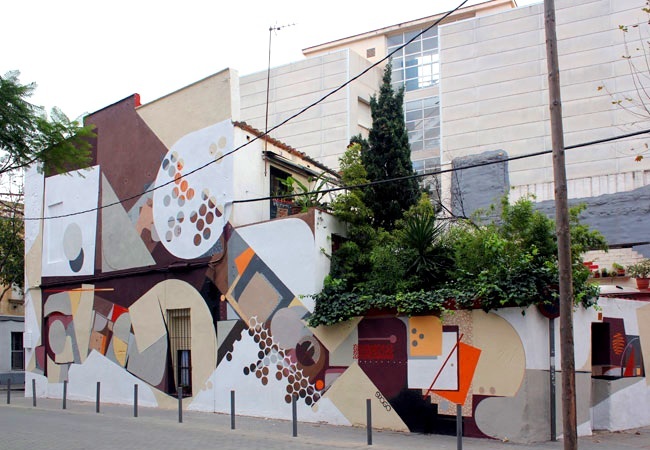 #37- This sculpture was huge on the bottom but small on the top and it made me think of my dad’s girlfriend, Shelley. That’s what I have to call her, Shelley, like we’re friends or something.

#71- Egg all over a black wall, yolk and white and shell and everything. Like someone just couldn’t stand just looking at nothing anymore.

#89- Supermarket aisles. I got lost in a supermarket once. I didn’t know I was lost until someone found me.

#91- It looks like a building we used to see all the time that was covered in shapes and colours. My mom would say, “It’s too much like a Kandinsky,” and my dad would say, “You never like anything.” I thought it looked like an elephant, but I was just a little kid. My sister told me it was a picture of the most beautiful music in the world. She always saw things I didn’t.

#112- Two triangles fighting, one is upside down. This one was very red.

#118- This one looks like a lake. I remember thinking lots of pictures were of the ocean. When I was a kid, we used to take trips to the beach, but I found out a little while ago that we were swimming in a lake, not an ocean, so now I’m not sure if I’ve ever seen the ocean in art at all.

#154- Myself. But the art was just a big broken mirror. I could also see the other people looking at it.

From the author: “One of the things that intrigues me most about art is how it can invoke such specific and personal memories, feelings, and ideas for so many different people. I also find it interesting that what a person sees in a piece of art often says much more about that person than the art itself.

When I first looked at the art that goes along with these words, I was excited by the number of possibilities. I see certain specific things in the piece, but you will see something else entirely. In these words, I’ve tried to show the reader a character through what she sees in various art pieces. What she sees is part of who she is, where she’s been, and what she will become.”