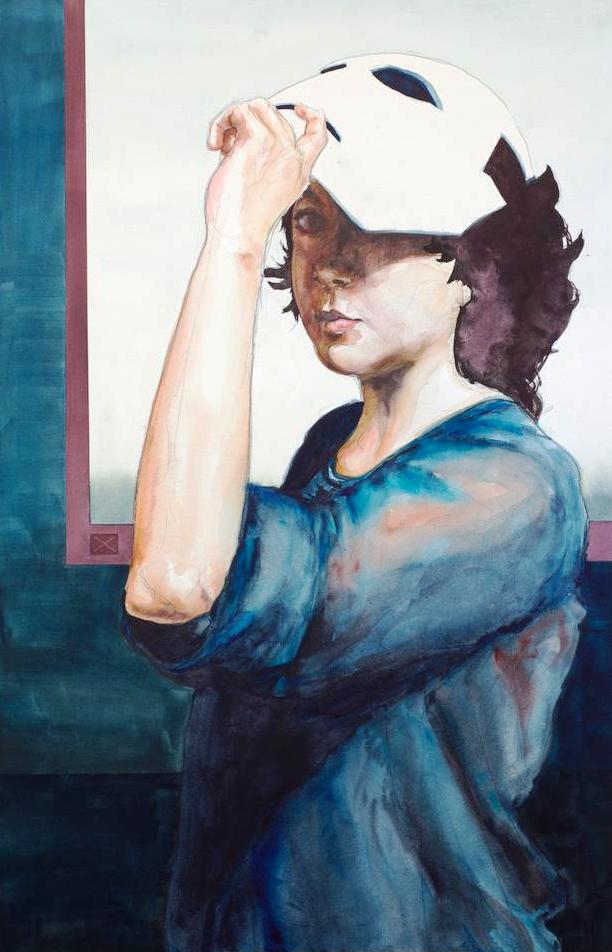 There was, of course, Joan.

It was Tuesday, and it was drizzling out of a low sky. The clouds looked preoccupied. Elijah’s 1900h yoga class was held in a studio on Delancey St. between Ludlow and Broome. Joan was one of the regulars. And on that Tuesday, she, Elijah, and I were the only ones who showed. The studio probably used to be a smoking room in one of the tenements, given the smell. Certainly the most curious item in there was a folding screen.

Tuesdays are my busiest day: I leave for work at 0630h, arrive at around 0800h, work until 1700h, whereupon I return to the lower east side for therapy, leaving me about ten minutes to get to yoga, which is thankfully three blocks from my house. As we waited for Joan, I considered the unpalatable pathos involved in paying someone to listen to your thoughts for a given amount of time. I am likely to discontinue therapy.

When Joan arrived she used a tissue to dab at the corner of her right nostril, which wasn’t leaking any material as far as I could see. She looked like a walking Nike advertisement and unrolled her yoga matt at about ping-pong distance from me. I have been doing yoga for four years.

Elijah began the session. He reminded us that no one was to speak. That this was an advanced class. I had done yoga with Joan for three of those years. A white noise machine hummed along outside the studio. Yoga has taught me many unexpectedly sexy facts. One is that if enough of the people in a room are quiet, you can hear the sound of perspiration. Another is that some people have the capacity to flex any combination of their abdominal “packs,” whenever they choose. And as I sank into locust pose, we sank into the quiet.

The session ended earlier than usual. Joan used one of the gratuitous Clorox wipes that Elijah leaves out to wipe the sweat off of her mat. When we leave the tenement, Joan asked if she could use the bathroom at my house because she lives back in Brooklyn, and my house was on her way to the F train. The air had the texture of a peach. It still rained. A picture falls out of Joan’s wallet; I pick it up.  Fog collects on the windows of every apartment. It was then that I learned that Joan is the type of woman who keeps a picture of her chiropractor in her wallet.

When we entered the house, I removed my shirt, soaked as it was from the rain. Joan found the bathroom easily enough. And I was slicing carrots for dinner when I heard the bathroom door open behind me. Joan said, Thanks partner. And as I began to turn, I felt her naked breasts drag across my back. My temple popped like a chicken you’ve left in the microwave too long.

From the author: “The chief thematic concern of this story is the nature of people beneath the masks that they sport everyday – and Joan is wrestling with trying to take hers off; she is trying to be human.”